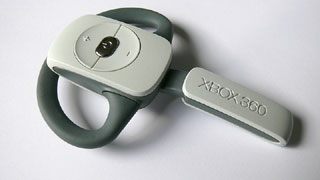 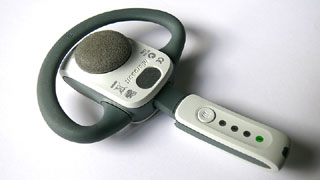 The Xbox 360 Wireless headset is a wireless ear piece and microphone for in-game chat when playing on Xbox Live. Originally there was just a wired headset which plugged into the wired or wireless controller. For myself, the main advantage of this new device is that you can finally put down your controller and walk around without having to unhook the headset. Seems trivial but Xbox live players spend a lot of time waiting in game lobbies prior to games starting and its nice to be able to go make a coffee and still be able to hear if the game is starting.

The headset is comfortable and after wearing it for a short while you almost forget its even there. Functionality is well balanced. The microphone is far enough away from your mouth not to pick up your breathing while still picking up your speech very well. The ear speaker is close enough to your ear to hear well, but does not restrict you from easily hearing your external game audio - a must with a digital surround console.

Operation is easy. There's an on/of button, either side of which are buttons to increase and decrease the volume. Sample beeps are played while performing operations so you can hear when you turn the unit on or off, or adjust the volume.

The headset comes with a charger. During charging the 4 lights on the inside of the microphone light up in sequence until charged. During use, an audible beep signifies that the headset is low on charge.

Its a neat device available for around £30. I've used it playing Lost Planet and had no problems at all hearing and being heard.